Blues is Not Dead. Fantastic Negrito Making it Come Alive

Blues is Not Dead. Fantastic Negrito Making it Come Alive

Anyone who says “blues is dead” has not heard of Fantastic Negrito. On his debut album, The Last Days of Oakland, the Bay Area blues man, born Xavier Amin Dphrepaulezz, takes you back to a time when the most flavorful music was made simply by an artist and their acoustic guitar. 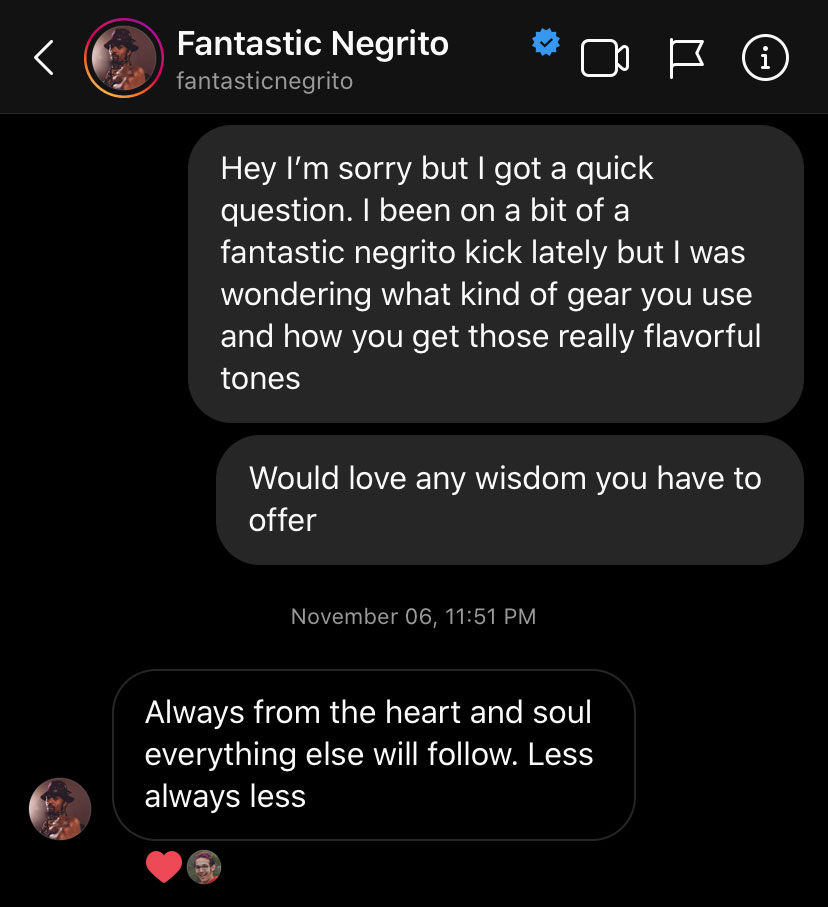 And that’s exactly what Fantastic Negrito is – a FANTASTICly-skilled blues guitarist and songwriter. Any truck commercial during an NFL game couldn’t be more purely American than the genius of this 2016 work of art. That’s not even mentioning his 2018 release, Please Don’t Be Dead, which calls upon a more modern, funky and old school hip-hop-infused soundscape.

Now, anyone can write a great riff. People write incredibly flavorful guitar parts every day. That’s not what makes you a great musician. And Fantastic Negrito is a great musician. His lyrics are meaningful and thought-provoking. He addresses head-on the oh-so-prevalent issues of systemic racism and oppression as it has changed forms in America from the days of agrarian and domestic slavery to the modern day struggle for equality.

His voice is so incredibly rich and flavorful. At any second it sounds like he just might let loose and unleash its full power upon you. And yet he maintains such tight control with the ease of a masterful potter making a dinosaur out of play-doh. Eric Clapton once said that when he first heard Jimi Hendrix, he was so impressed that he wanted to quit guitar. Not that I am Eric Clapton, but when I first heard Fantastic Negrito, I only wanted to practice more in hopes that someday, I might be as great a writer as him.

When people say that art is subjective, there’s definitely an element of truth to that. Meanings of lyrics are often left open to interpretation and everyone has their own personal preference and style. But it is undeniable that if you claim you can’t vibe with the works of Fantastic Negrito, you are objectively wrong. I eagerly await his next release, and hope to see him in Seattle soon.